When World of Warcraft Classic was released on PC, Blizzard announced that the entire content would be divided into six phases, and now it has developed to the fifth, followed by the Ahn'Qiraj questline, which will open on July 28, bringing a horde of angry monsters on Azeroth.

With Ahn'Qiraj, this is a world-spanning event requiring hardcore guilds and entire server communities to work together, where players are required to donate crafting materials to prepare for the eventual war with Qiraj, a race of evil insectoids locked away in the zone of Silithus. 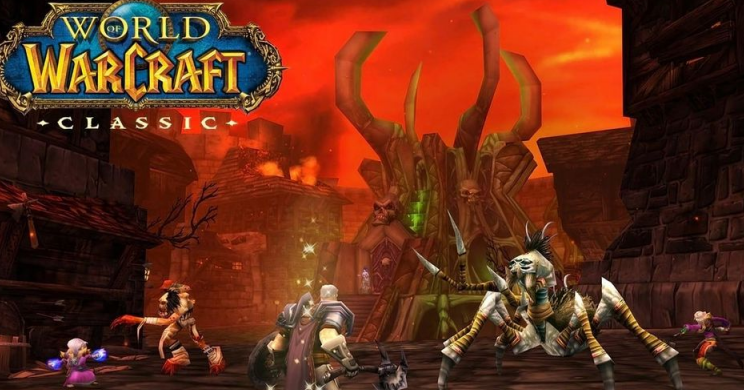 In order to unlock the Ahn'Qiraj content, players must begin a questline to craft a Scept er of the Shifting Sands, along with a war event, requiring players to gather resources like cloth and leather to the leaders in their faction's capital cities to open the gate of Ahn'Qiraj, including two different dungeon areas, the 20-person Ruins and the 40-person Temple.

Once those quests are completed, Ahn'Qiraj war will last for 10 hours, and everyone is allowed to participate and get a ton of good loot among the two raids, including a variety of unique WOW Classic items.

Remember that the gates of Ahn'Qiraj will be available on WOW Classic on July 28 to play.

This is essential to complete the Ahn'Qiraj questline faster to get more XP and loot, in any phase of WOW Classic, it would bring a lot of new game content, and Ahn'Qiraj is just one of them, lasting about ten weeks.

WOW Classic Gold can make the in-game economy more flexible with the blessing of advanced equipment and weapons, to make your journey more comfortable.

When choosing the reliable store for trading, what you care about most is its price. In an excellent third-party shop, MMOWTS.com, its biggest feature is cheap, because it has a stable supplier, insisting that long-term customers can let it get more. Also, buyers always get coupons to save more when shopping here, more importantly, everything you buy can be delivered within 30 minutes, convenient and safe.