Genshin Impact Guide: What is the best 4-star characters team?

Technically, there is no so called the strongest team. There are many different characters in this game, they all have special abilities and elemental attributes, and our enemies in the adventure process often also have different elemental abilities. Although Diluc is one of the strongest Pyro DPS, it will be futile if you want to use him to break the fire shield. You must prepare characters with other attributes in the team to deal with unexpected situations.

Under this premise, I recommend a team that is very suitable for F2P players - the Razor team. 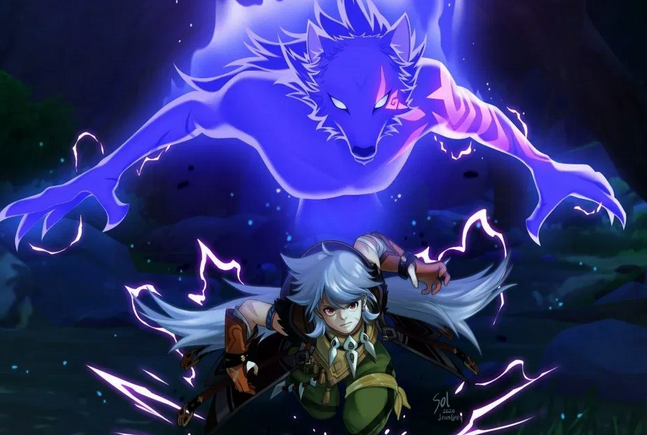 How to build a Razor team

Razor is a very good Electro DPS uses Claymore. Beidou and Razor have very similar characteristics, but I think Razor's actual performance is better than Beidou, especially in terms of damage. His elemental skill can cause electro damage to the enemy and increase the efficiency of charging. It has a very short CD, which means that he can use E skill to obtain a large number of elemental particles, so that he can activate elemental burst more frequently.

His elemental burst is to summon Thunder Wolf to guard. In this case, his E will be enhanced, which can cause higher damage. Not only that, the Thunder Wolf form can also increase Razor's attack speed and each hit will be accompanied by a percent of electro damage. For characters using Claymores, faster normal attack speed means more DPS.

My suggestions for team composition are: Razor, Kaeya, Bannet and Barbara.

Bannet and Barbara, as the best four-star support characters, can play an important role in almost all teams. Bannet's Q can heal HP while increasing Razor's ATK, and Barbara can further increase Razor's ATK through switching characters after equiped the Thrilling Tales of Dragon Slayers, and provide a healing circle for the character by useing E skill, while causing a damp effect on nearby enemies. This effect can react with Razor's electro attack, dealing continuous damage to the enemy.

The role of Kaeya is mainly to cause Cryo effects on the enemy, thereby freezing the enemy, and generating a superconducting reaction with Razor's electro attack to reduce the enemy's physical damage resistance. By the way, if you get Qiqi in the future, she will be the best choice to replace Kaeya and Barbara, and the extra position can allow Xiangling to play. Xiangling and Bannet's Pyro elemental resonance can increase team members' ATK by 25%, and her Guoba will leavea chili pepper which increases 10% ATK after the fire is over, who is the best offensive support. Otherwise, if you want to improve Razor's survivability, Noelle is a great choice.

Start with Bannet's Q, hold his E to deal some pyro damage and leave - switch to Barbara, use her E - switch to Kaeya, use his E or Q(if energy full charged) to cause Cryo debuff - switch to Razor, first use his E, then active the elemental burst and use E again. Now you are facing the weakest enemy after the superconducting reaction, killing the enemy with a quick normal attack.