Since its release in 2004, World of Warcraft has successfully created a lot of derivative games, and as early as 2005, it had the first Board Game by Fantasy Flight Games based on World of Warcraft.

This was a long gap in the board game for more than a decade, and this year, Blizzard announced that there will be another WoW board game to be released teaming up with Days of Wonder.

The game is called Small World of Warcraft, combining the Small World game mechanics in 2009 with Warcraft universe. 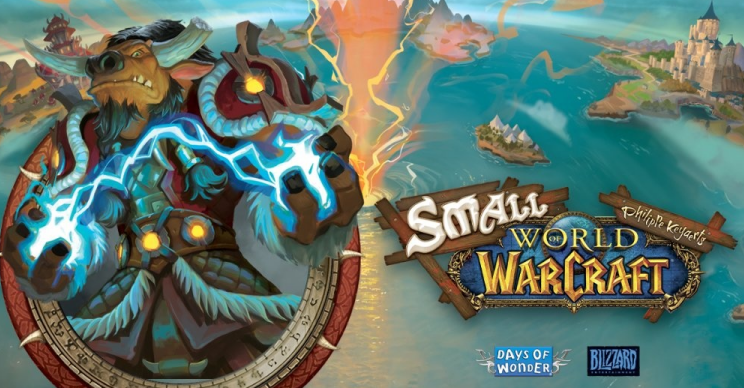 With Small World of Warcraft, players can choose combinations of special powers and races from the Warcraft universe, and vie for control of Azeroth, where you must fight for achieving dominance through occupying legendary terrains and seeking control of powerful artifacts.

Small World is a game telling a too-small world for a bunch of competing fantasy races, licensed by the game, Small World of Warcraft would be a very nice game, featuring a variety of new and exclusive artwork to capture the feel of the colorful and vibrant Warcraft universe, along with races and special power designs.

Blizzard is very good at digging into the depth of a game, so this board game can definitely surprise us, what's more, it is not a social game, only 2-5 players can complete it in about one hour, which will not make people stuck into it.

Small World of Warcraft would be available this summer in North America and Europe for $59.99, along with multiple languages including English, French, German, Spanish, Italian, Polish, Brazilian Portuguese, Czech, Slovak, Simplified Chinese and Traditional Chinese.

While playing World of Warcraft, it can really make you play better with the assistance of WOW Gold, especially for some high-level players. We provide cheap WOW Gold for you to buy on MMOOWTS during a long term, it is a trusted store, never deceiving any consumer, and the WOW Gold it offers is 100% safe to deliver quickly in a short time. You are suggested to try it with a small amount for the first time, it will bring you a satisfying experience.