Who is Gabe Newell? He is a successful businessman in real life known as the co-founder of Valve, also an excellent programmer who has worked for Microsoft.

But today we are not talking about his success in his career, but another identity, the gold farmer in World of Warcraft. In a recent interview, Newell mentioned the experience that he had farmed WOW Gold and sold them, earning $20 an hour, a considerable income that most WOW players can't reach.

After playing for a while, Newell claims that World of Warcraft should be thought as productivity platforms, not just a game for entertainment, which is why some players can make profits through it. 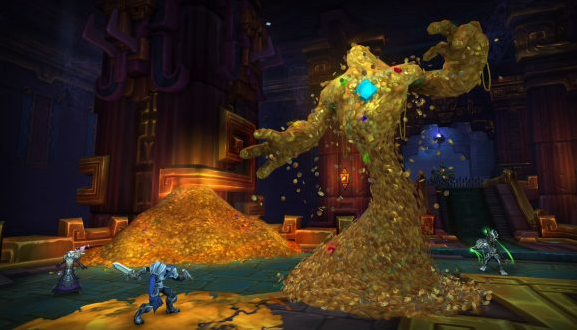 Whether in WOW or the "Classic" version, farming gold has always been a controversial topic, as the developer Blizzard controls strictly over the in-game economy and the source of Gold, which doesn't allow any gold trading outside the game.

Throughout World of Warcraft, the main source of Gold is farming, so players can hardly meet the daily needs of WOW Gold within a limited time, but the businessmen like Gabe Newell are very good at making money with "money" through such gaming platforms.

World of Warcraft is a playable game, especially since its "Classic" version was released in August last year, it has gained a strong player base. Speaking of farming currency, it is a long process taking much time.

Generally speaking, few players can be the second Gabe Newell whether in the mall of WOW series, as a result, most of the time, players have to earn gold through playing continuously or trading.

Among multiple trading markets, MMOWTS.com is a trustworthy one as it sells WOW Gold for a long time at low price, which completely relieves the pressure of players to farm in the game.