Affected by COVID-19, outdoor activities are being reduced as much as possible worldwide, and the indoor isolation and self-protection are effective measures to protect themselves and others. In order to call on players to participate in more indoor activities, Blizzard has given a nice chance to improve the players' efficiency in World of Warcraft.

For all players of all retail versions of World of Warcraft, Blizzard would give the characters a bonus called Winds of Wisdom, which could gain a 100 percent boost to experience through April 20. 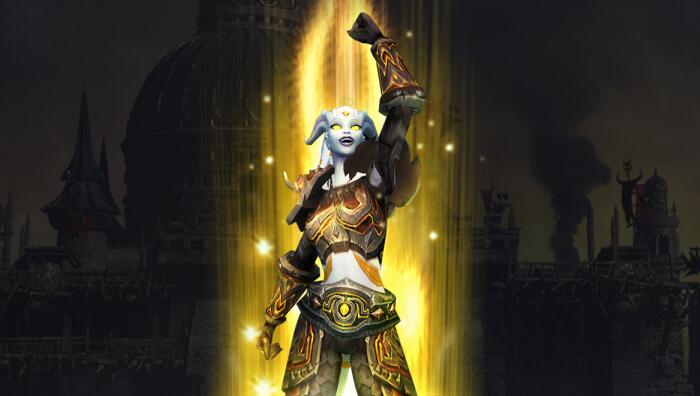 In order to help you grow on your way, Blizzard will provide a special bonus to you while returning to Azeroth or leveling up.

With the Winds of Wisdom buff, the time to reach the maximum level of 120 in World of Warcraft will halve for players, and it can stack with experience-boosting heirloom armor to increase the XP in a short time, but the buff has not yet been applied in World of Warcraft Classic by Blizzard.

If you haven't returned to World of Warcraft for a long time, or you have a new character that has been postponed for several months, it is the best time to get a lot of experience bonus to prepare you for future games.

It has proved that online games are developing in a good trend, especially in such a difficult period. It is also believed that gaining gold in World of Warcraft will be simpler than usual with the increasing bonus.

Also, if you need WOW Gold while playing, you can go to MMOWTS.com to search for and get some, it can deliver quickly and make your game easier.

Tags:
Suivant : Catch Up With N'Zoth And Take Adventures With Level 120 Characters
Précédent : World Of Warcraft Developed a New Currency To Achieve Essences Account-Wide
Article recommandé
How to run an ESO account for beginners?
Blizzard Polls Classic Players Decide how Burning Crusade Returns
Fallout 76 Wastelanders Update With NPC Was Delayed Until 2020
You Can Reserve Your Character Name Of Wow Classic From August 12
World Of Warcraft Classic Beginner Guidance
WoW Shadowlands expansion: Level cap will return to 60