It was announced that phase 3 of World of Warcraft Classic is coming in February, turning it to a halfway point of the whole game, and the following is the updated content of Phase 3.
It is scheduled to release on February 12 at 5 PM CT, along with a series of host changes, a new raid, reputation rewards, class quests, Eternal Quintessence, especially the Darkmoon Faire.

Reputation Rewards
Adding more reputation rewards for players to gain through the Argent Dawn, Thorium Brotherhood, Timbermaw Hold, Silverwing Sentinels, as well as Warsong Outriders faction vendors in WOW Classic Phase 3, which has been mentioned in Patch 1.6 and 1.7 of original WOW.

Class Quests
Beyond those original quests in Classic, it is also bringing the Class Quests with Phase 3 releasing for the players above level 50, requiring them to complete the class-specific questlines in capital cities, and conclude with a choice of one of three powerful rare Classic items.

Eternal Quintessence
This is a powerful and helpful Classic item to douse the runes of the Firelords in the Molten Core raid. As long as completing the "Hands of the Enemy" and reach Revered reputation with Hydraxian Wasterlords, the players could gain the Eternal Quintessence from Duke Hydraxis into their inventory. It will provide such a chance to complete it, but not all players can successfully complete these quests smoothly, making the item very popular and rare. 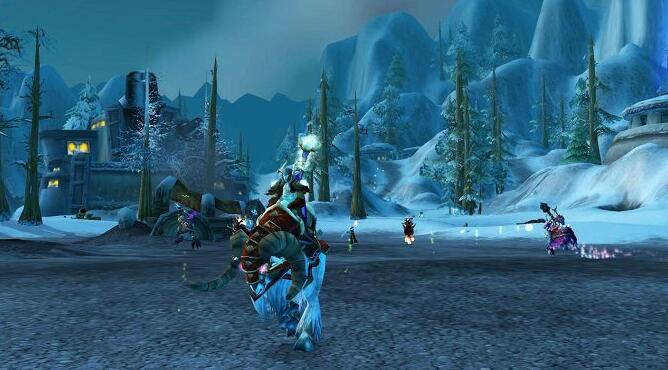 Darkmoon Faire
The location is set to associate with the Blackwing Lai 40-man dungeon raid, we also specifically introduced these two parts in the previous article, World Of Warcraft February Update Will Bring Blackwing Lair And Darkmoon Faire, and you can view the full content through it. By then, it will add 8 bosses and 120 loot drops to increase the players' loot rate for WOW Classic Items.

Only waiting for less than a month, WOW Classic will start a new phase, meanwhile, we are running WOW Classic Gold for sale on the site called MMOWTS, due to the wide use of in-game currency, we always working hard to ensure enough WOW Classic Gold inventory to provide to more customers, so no matter when you come, we can send the goods to your WOW Classic account within 15 minutes. Believe it that you will have a pleasant shopping experience here.