Blizzard planned to release the eighth expansion of World of Warcraft before the end of 2020, named Shadowlands, featured five major zones, Bation, Ardenweald, Maldraxxus, the Maw, as well as Revendreth, and the guide is about the new zone, from location, design, goals and more details.

Revendreth is the home to the Venthyr Covenant, who are uniquely spooky, pulling off a gothic aesthetic in a realm full of vampires, castles and blood rituals.

The premise of the zone is mixed with Greek mythology, Gothic architecture and Blizzard concept art of tombstones in Shadowlands, combing the Covenant's leader, Sire Denathrius, and creating a dark atmosphere in the game. 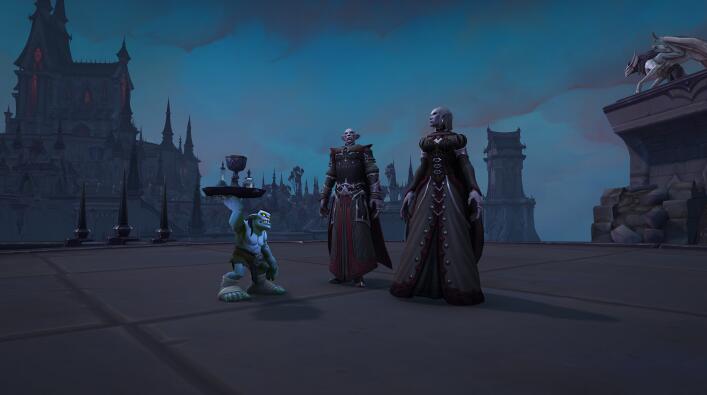 Compared to other zones like Maw, Revendreth is a much lighter kind of damnation, where the bad can atone and make up for their sins. The damned souls must find a very literal stone with these sins, and carry everywhere, including Kael'thas Sunstrider, who dies in the Burning Crusade.

Yes, Kael'thas Sunstrider returned to World of Warcraft, he was not understood from an anti-hero into a villain, and in Shadowlands, it is not known whether he will play a new character, at least, we still have a chance to redeem him and cast off his sin stone.

Once players choose Revendreth, they will get into a new layer of intrigue and politics, where they are required to deal with the class war brewing between the various levels of nobility in the zone.

At present, there is no confirmed date of Shadowlands release, and before that, the reveal event was also delayed due to the COVID-19, Blizzard was unwilling to announce too much content in advance, but the only thing we can confirm is that it will come in 2020.

On MMOWTS.com, we provide a lot of goods related to World of Warcraft, which is cheaper and more convenient that the in-game Auction House, you can place an order on the site at any time, and receive your goods within 30 minutes.

In a word, this is the best place for you to buy WOW Gold, where you could be treated well and enjoy friendly service to play better.