Knowing that you are still waiting for the next free update Wastelanders of Fallout 76, which is the plan that Bethesda announced at E3 2019, but we have to tell you the bad news, Bethesda admitted that it will put off the release of Wastelanders until the first quarter of 2020 in order to make the update meet the quality standards and the players' requirements, that being said, we will see this "near-perfect" update at the latest on March 31 next year.

It is said that this is the first time Bethesda adds human NPCs in Fallout 76, the main point of Wastelanders, but we have to see them later. Oh, better news is that the private servers are coming next week in order to make up for the regrets of players. If you completed Fallout 76 quests and are free now, it will bring you a lot of exciting content. Just as Bethesda Game studio itself said: in the future, the players will be able to mod these worlds too (by updates).

However, the private servers are prepared for those who pay for them, not those who just want to play them according to the developers, I don't know what you are feeling after hearing about the news, this might be imaginable, after all, Fallout 76 is never a free-to-play game.

Until then, you can play with your friends in the private world, which is also the adjustment that Bethesda made according to the requirements of fans before. Relatively speaking, you have more free time to play your own game, replacing spending a lot of time communicating with your teammates. 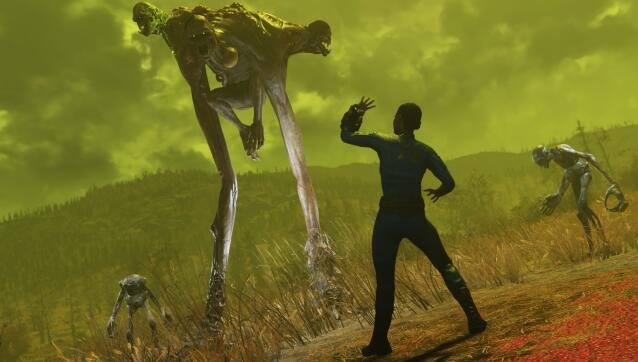 Beyond that, Bethesda made some adjustments to Atomic Shop, targeting the players' previous complaints and anger. In the beginning, players just bought cosmetics from the shop, but more monetized goods in the shop made them have to pay from some time this year, which caused the players to complain. Bethesda has taken the issue seriously and comes up with that the players can get atoms, in-game currency through quests and real money since next April, as well as the types of items that are unlocked in the Atomic Shop would be adjusted.

From what Bethesda said in the announcement "to keep Fallout 76 fresh and exciting for all, we needed to rethink our approach to the Atomic Shop." Hopefully the atoms can not only make the game easier for paid players, but also for others.

Surely, another fixed currency in the game, Fallout 76 Bottle Caps also play a vital role, which might allow you to buy most of the food and equipment outside the Atomic Shop. Similarly, you can also get some Caps through daily quests or using real money.

mmowts is a trustworthy store that always lets you get the MMO items you want.