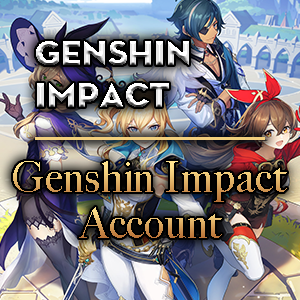 The latest version 3.2 in Genshin Impact is about coming, while the update maintenance is in progress, Travelers will be unable to log in to the game. So please take note of the update time and schedule your game time accordingly.

After this is complete, the game will update to a new version. We recommend that Travelers install this update over a Wi-Fi connection.

New Enemies are also updated in the new version.

Reduces the damage inflicted when the boss "Pyro Hypostasis" is in a Burning state and unleashes blazing punches or serpentine fireballs to hit the character continuously.

Optimizes the sound performance of knocking down opponents and critical hits.

Optimizes the sound effects of some items and objects.

Optimizes the Japanese, Korean, and English voice-over for certain characters, NPCs, and quests.

Optimizes the Korean and English voice-over related to certain items.

Genshin Impact provides players with an exploreable world containing rich content. In this magical land called Teyvat, various incredible events are happening at any time. miHoYo from China officially released this game on September 28, 2020. The traveler played by the player needs to take an adventure in this huge open world. During the journey, the player will encounter enemies of different races and will get to know many companions with unique abilities. The player's ultimate goal is to gradually reveal the secrets of Teyvat mainland and rescue the relatives who have been captured.

The paid currency in the game is called "Genesis Crystal". Players need to convert Genesis Crystals to Primogems after recharging their accounts to use paid services in the game, such as drawing new weapons and new characters, or purchasing various consumables. In addition to direct recharge, there are many ways for players to obtain Primogems, such as subscribing Blessing of the Welkin Moon ($4.99=3000 Primogems), participating in festival events in the game, completing quests and opening chests in the wild, etc. But accumulating Primogems is a long process, and sometimes the Primogems you spend cannot get you the 5-star character you want. So most players choose to buy Genshin Impact Account on third-party websites such as MMOWTS. MMOWTS provides a security-verified Genshin Impact Account, which is manually leveled up by professional players, allowing you to easily obtain any five-star character you want, so as to experience a more enjoyable adventure.

As a third-party game service provider with many years of experience, MMOWTS always provides players with the highest quality products and services. Players who Buy Genshin Impact Accounts at MMOWTS can enjoy fast delivery and cheap prices, thereby saving a lot of time and money. Compared with other websites, MMOWTS has more advantages. First of all, MMOWTS will ensure that every Genshin Impact Account purchased by player is in a safe state, because all the items in these accounts are manually obtained by our professional team and are completely legal, so there is no need to worry about the account being blocked. In addition, in order to avoid the loss of players' funds, MMOWTS provides a variety of secure payment methods and 24/7 customer service support. Want to get a cheap Genshin Impact Account and enjoy the joy of the game now? Please choose freely on our product page!