As the Battle of Azeroth enters the final months, World of Warcraft players are preparing for the upcoming scourge invasion which arrives with the Shadowlands pre-patch. But before the release date of Shadowlands, Blizzard is doing its best to make the next expansion a success, including adding a free mount chosen by the player.

Although in the game hundreds of mounts can be obtained through different methods, as other mounts remain exclusively rare, players occasionally receive free ones as part of promotions or limited time events. Soon after entering the realm of death, according to the latest official announcement, another mount will be given out. However, its design has not yet been finalized and must be decided by the community poll.

On the official forum, players can vote among the 5 ideas of the World of Warcraft art team. The choices include the Wandering Ancient, Soaring Spelltome, Nerubian Swarmer, Curious Caterpillar, and the Gooey Slimesaber. Voting will last for two weeks until September 18th at 3:00 PM PDT, when the choice to get the most votes in all regions will become a reality.

Although players won't get their new mounts until early 2021, the current poll shows that most heroes are very excited about riding on giant trees or giant spiders. But everyone who wants to get this free gift needs to buy the Shadowlands before the mount is distributed next year.

If you are interested in free mounts, go and vote for the mounts you like! Maybe your dream will come true.

And MMOWTS also provides cheap and safe WOW Gold. We always put the interests of our customers first. 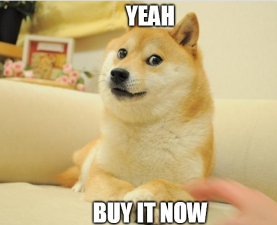