Hey guys, today I would like to give you some quick guides on Druid in Wrath of the Lich King Classic. For the people who loves Druid, the good news is it remains epic as ever, and I don't care what you think of them in TBC, I assure you druid can be one of your top picks in WOTLK. 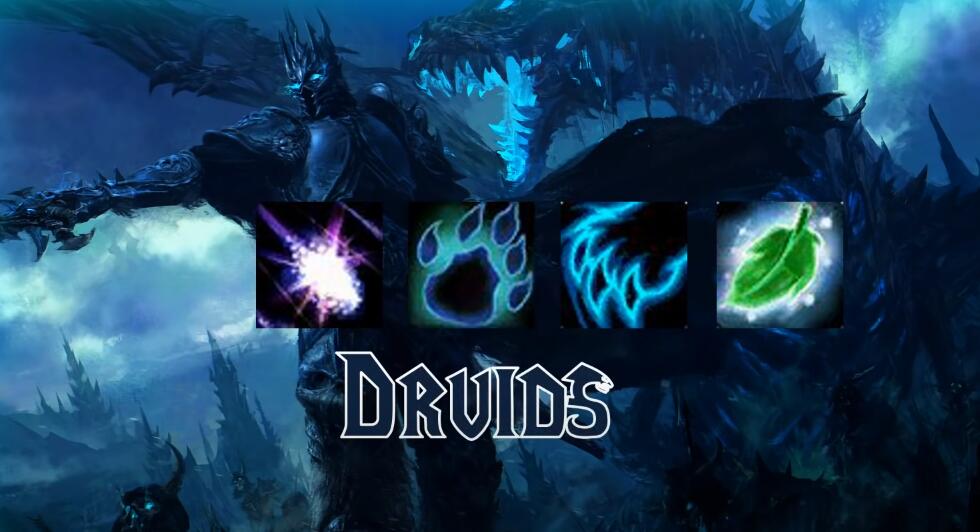 Restoration Druid's healing has been increased by two additional spells, Nourish and Wild Growth, which make Restoration Druid highly versatile in a single target and raid wide healing, I really like the new Restoration Druid and since it's so strong from the beginning to the end of the expansion.

Balance Druid went to above average dps capabilities especially in the aoe fights with the new most OP AOE ability in the game - the Starfall, next to Moonkin aura, which is raid wide now. They have Earth and Moon which does the same thing as Curse of Elements does. Rotation now includes more than just a Starfire spam, with much better mana region and mana management.

Guardian and Feral Druid were my favorite class and my main for a long time in TBC and I just loved them. In WOTLK they remain what they are, as Guardian, a dodge hp tank that deals a lot of damage, single target threat is amazing as always, but now with 360 degree Swipe you can aoe tank better than before. Surely it won't be uber threat like Paladin's Consecration or DK's DND, but it will still be better than what it used to be. On top of that bear got some new and improved cooldowns to boost its survivability. As a Feral, Kitty dps is amazing but it has the hardest rotation, if you manage to learn it and practice it enough you will see pretty high numbers, especially in late game when you acquire a big chunk of armor penetration, then you will easily compete for the first damage.

I won't go deeper into abilities and how to manage your rotation in this, maybe in the future so please follow the MMOWTS.com for the latest updates on WOTLK.

Is it possible that a lot of players playing Druids in WOTLK Classic? Yes, of course! who enjoyed raids in tbc will continue to like it, I predict some new players picking it up just because it is so versatile, and if you can't decide what role to play, Druid is one of your best choices and leveling is not struggle as well.

Any WOTLK class guides and gold farming methods you can check in MMOWTS.com, and you can also trade WOTLK Classic Gold in cheap price here.