Hey guys today let's talk about the new Genshin Impact character Candace, I am not going to exaggerate anything, so first of all, Candace is a support, she does not heal or restore energy but she does offer a couple of benefits that I think are unique. 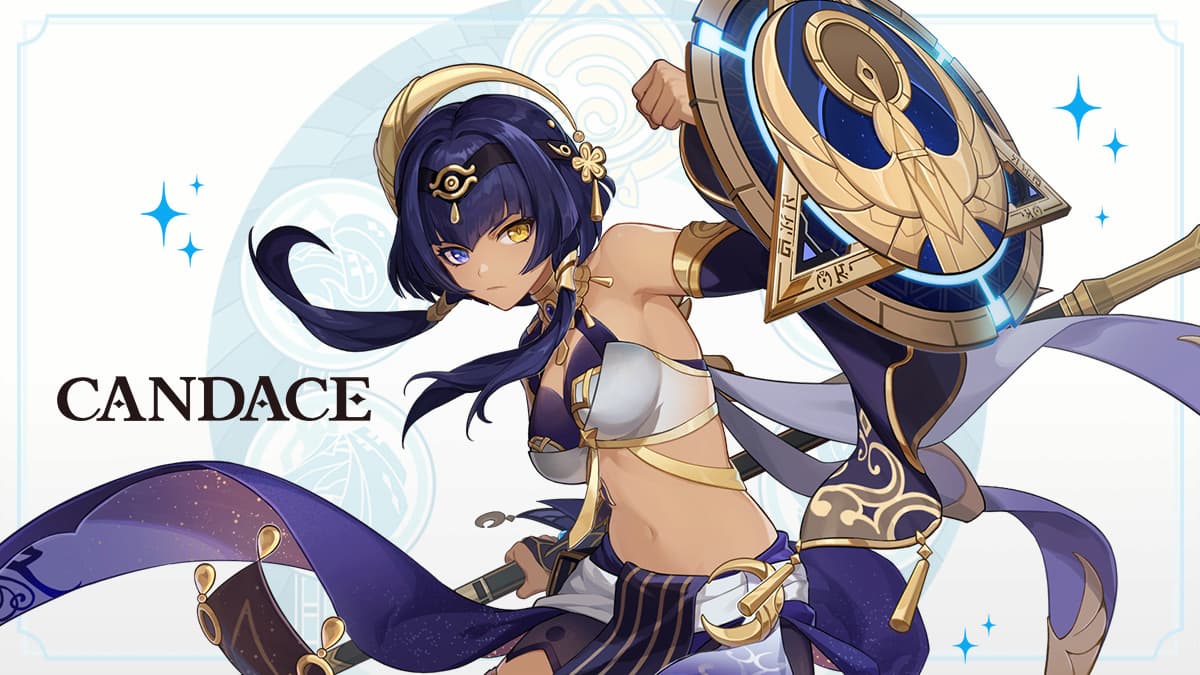 Her burst actually grants 20% damage boost to Elemental Normal Attacks, which is absolute an powerful buff for Ayato or Yoimiya. And on top of this, her 2nd passive also will provide additional 0.5% boost for every 1,000 health she has. So in a team with Ayato, who lets her activate Hydro Resonance for 25% Health increase, her HP sits around 46,000 so this comes out as 23% boost from passive, which totals up to 43% when her burst is activated.

How about her damage? Unfortunately, her damage at C0 is almost non-existant. Even though both her talents scale with Health, her skill works very similar to Yun Jin's, so you can either charge it up or use it when an enemy tries to hit you, which will then unleash the more powerful attack. But the reason why you want this better attack is solely because she generates 3 Hydro particles instead of 2. So no matter how you look at it, if you build her with a full Health loadout, this is already the best for Candace .

Now you might be asking what if giving her a Hydro Goblet, Critical Rate or Damage Circlet and maybe buff her up. Sure it can buff her a lot, however the thing is besides first constellation which increases Candace's burst duration, nothing else will ever help her improve Normal Attack damage. So, as a support is her biggest selling point, at least in my opinion, then let's talk about what kind of teams I came up with.

First one was Ayato, Candace, Fischl and Kazuha. Candace seems like a very good support for Ayato, since Ayato's skills could fully utilize Candace's burst buff.

Candace, Yoimiya, Yelan and Zhongli is also a good team for normal attack, but obviously someone like Benny boy or even Yun Jin would be a better choice if you have them.

Xingqiu, Beidou,Sucrose and Candace team is also a proper one, Xingqiu is already built with Hydro damage in mind, so gaining that infusion improved his overall performance.

If you want to know more updates about Genshin Impact, MMOWTS.com is the best web for you. You can also find the Cheap Genshin Impact Accounts over here as well.

Next: Recommended Quests in Wrath of the Lich King for Quick Leveling
Previous: Game Tricks You Should Not Miss in Wrath of the Lich King Classic
Recommended Article
Elder Scrolls Online Update 37 PTS Patch Notes Highlights What are The Seven Best Ring Anointments in POE How do I earn runes in the Elden Ring? Elden Ring Game Clearance Difficulty Ranking How to Level From 50 to 60 In Wow Classic? basic guide How To Sprint In Elden Ring
Connecting to online customer service,please wait