World of Warcraft Classic Phase 5 has been released on July 28, bringing the most significant and influential content throughout the entire game. It started the Ahn'Qiraj War Effort, leading to the opening of the 20-player Ruins of Ahn'Qiraj raid and the 40-player Ahn'Qiraj raid.

This time, the members of both the Alliance and Horde need to fight against the Qiraj Empire together, after defeating the bosses, everyone could receive the loot from dungeons.

In Phase 5, players will encounter the Gates of Ahn'Qiraj event, where they have the chance to get two unique and iconic rewards: the Scarab Lord title and Black Qiraj Battle Tank mount. In order to unlock them, you must complete a lengthy chain of high-level quests: Bang a Gong, and the first to sound the gong, who will be titled with the Scarab Lord, as well as a Black Qiraji Resonating Crystal. 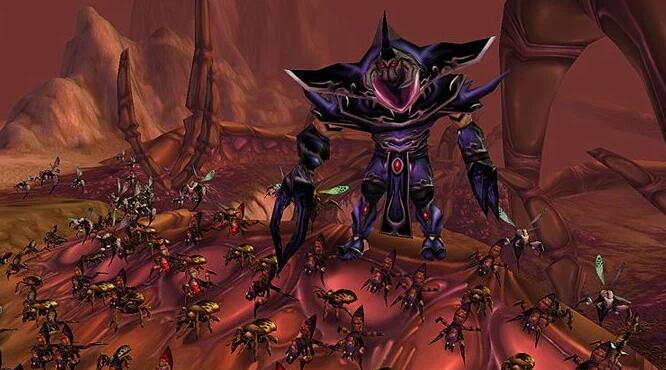 Also, you might be required to complete the hardest quest in WOW Classic Phase 5, Sceptre of the Changing Sands, which can be only finished with the top guilds, along with the backing of their subjects.

The Scepter of the Shifting Sands is another quest chain to complete for a single member of each guild, it is about collecting materials and farming, which can grant one player from each guild to receive these prestigious rewards, no matter the Guildleader or ordinary one.

So if you can get these rewards quickly, don't forget those partners who are fighting alongside you.

If you want to play the game well, you'd better fight with a team or friends, because WOW Classic is a team game, more guide and suggestions about it can be found on MMOWTS.com, which can give you a deeper understanding.

MMOWTS is a store we sincerely recommended to you, it is selling WOW Classic Gold now and stocking up for Phase 5 to ensure sufficient inventory. Anyway, it can give you the greatest help within its ability to play better. Hopefully, it is a satisfying experience for you.