Blizzard has announced the release date of the eighth expansion of World of Warcraft: Shadowlands. This fall, October 27th, players can enter the World of Warcraft universe's version of hell. 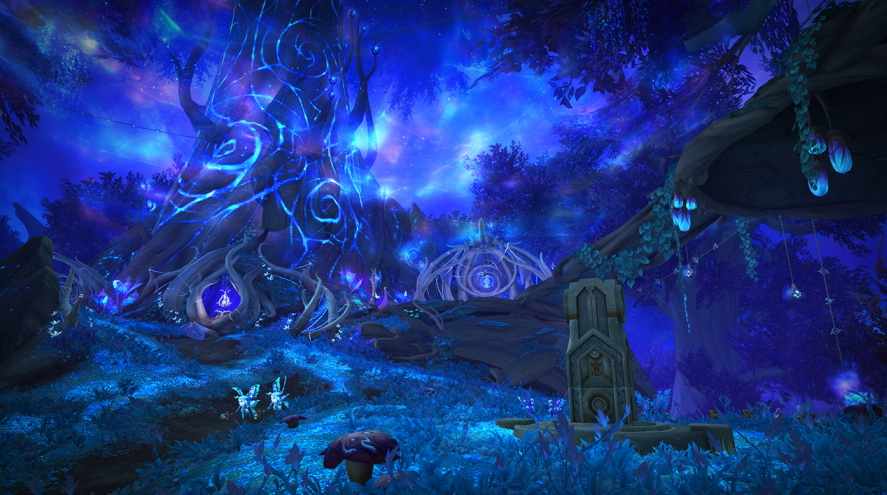 After Sylvanas Windrunner destroys the Lich King's Helm of Domination, the Shadowlands can allow players to venture into another realm. Players must help rebuild the Shadowlands and fix the death problem of World of Warcraft.

To do this, players will work with four different Covenants - afterlife clubs - tied to different zones. There's the Kyrian of Bastion, the Night Fae of Ardenweald, the Necrolords of Maldraxxus, and the Venthyr of Revendreth. Players will assist each of these Covenants as they level, eventually choosing one as their ultimate ally for the rest of the expansion.

In the endgame, players will delve into The Maw, the deepest, darkest part of the Shadowlands to fight The Jailers, save old friends, and climb Torghast, the tower of Dammed. Torghast is one of the main features of Shadowlands, which is a procedurally generated rogue-lite dungeon, where players can earn resources to make their own legendary items.

Like other World of Warcraft expansion, Shadowlands will also come with a host of new dungeons, items, class changes, and raids for players to adventure through.

There is still more than a month before the release of Shadowlands. Although the waiting is painful, I believe that Shadowlands is worth it. We expect Blizzard to surprise us. If you want to know more about Shadowlands, please bookmark the news page of MMOWTS, we will update articles about game news and game guides, hope it will be useful to you.

If you are looking for a platform to buy WOW Gold, don't hesitate, buying them on MMOWTS is the best way.

Tags:
Next : EVE Echoes: Where and How To Get Blueprints?
Previous : Final Fantasy XIV Job Guide: Some Pro Tips For Playing A Dark Knight
Recommended Article
How to run an ESO account for beginners?
Blizzard Polls Classic Players Decide how Burning Crusade Returns
Fallout 76 Wastelanders Update With NPC Was Delayed Until 2020
You Can Reserve Your Character Name Of Wow Classic From August 12
World Of Warcraft Classic Beginner Guidance
WoW Shadowlands expansion: Level cap will return to 60