As the most talked-about free-to-play Action RPG, Diablo Immortal's commercial achievements are very impressive. While they've been receiving negative reviews for their Endgame's Pay to win mechanics since their release in early June, they're still hot.

Just yesterday, the game officially announced that Diablo Immortal had surpassed 20 million downloads, marking its second legendary milestone after hitting $24 million in revenue two weeks after its release. I have to admit that Blizzard's decision to download for free has indeed brought them a large number of players, which is why they are still successful despite a lot of complaints from players.

For players, the most immediate benefit of this honor is that Diablo Immortal has distributed related rewards for free in celebration of this achievement. Players who log in now receive 1 Legendary Crest, 30,000 gold, 15 Enchanted Dust, and 200 scrap materials.

Legendary Crest is applied in Elder Rifts, which is an effective way to obtain Legendary Gems. A series of other rewards can be of great help to improve the combat level and equipment. Although many players still hope to get rewards like Diablo Immortal Eternal Orb. 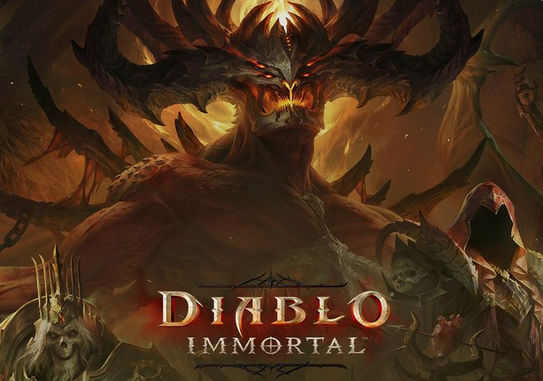 At the same time, the Chinese version of Diablo Immortal is now available on all platforms after a delay in many adjustments. Hopefully, the game will bring more updates, and the mechanics will be improved.

If you want to know more about Diablo Immortal in time, please lock MMOWTS.com, we will bring you the latest reliable news and high-quality service.

Next: Animal Crossing: What's new we'll see in August
Previous: Genshin Impact: What we know so far about Version 3.0
Recommended Article
Outstanding Trinkets in Wrath of the Lich King Classic You Have to Know Do Not Choose Those Specializations! PVP Quick Guides on WoW Dragonflight Outstanding DPS Specs You Can Not Miss in World of Warcraft: Dragonflight Stat Priorities You Need to Know about Blood Death Knight in WOW Dragonflight Release Time of World of Warcraft's Dragonflight Expansion is Confirmed Currently Quick Guide on Genshin Impact New Four Star Character Layla
Connecting to online customer service,please wait