As Diablo Immortal has surpassed 30 million downloads, players can see more and more game content. Just yesterday, Blizzard released a content update for Season 3 where we will be able to challenge brand-new projects. 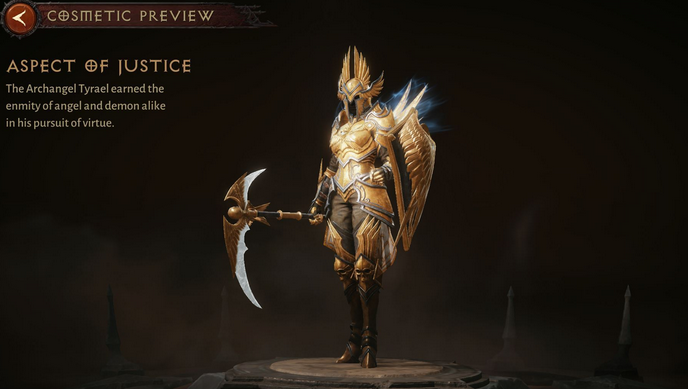 The Battle Pass of the third season is called Aspect of Justice. Players need to maintain justice for the sanctuary and defeat the darkness. The Aspect of Justice Battle Pass includes 40 levels of challenges and rewards, where players can earn Legendary Gems, Crests, Diablo Immortal Platinum, and more.

If you want to get these rewards as soon as possible, MMOWTS will bring you a thoughtful service.

Starting today, players will have access to an event against an army of elite demons led by Wathborne.

In the end, the top three damage dealers will get 6 Enchanted Dust as a reward, which will bring a good chance to strengthen.

But the Wathborne Invasion Daily Event only lasts a month and it ends on September 1.

Hungering Moon is back again, where players can earn Moonslivers and collect and provide Blessings at the Moon's request for even more impressive rewards.

Not only that, but more quality of life improved. Players can now view members' online and game status in the Warband menu and can use the "Vote to Kick" feature to experience better team play. At the same time, Blizzard has also planned the pace and form of future updates. Diablo Immortal will maintain a bi-weekly update frequency, bringing players mini updates or major updates.

MMOWTS will continue to bring you relevant information and guides about Diablo Immortal, and you can get relevant Battle Pass services here to help you get rewards faster.

We will be happy to hear from you any sort of feedback and especially how we can improve things. Please provide us as much information as possible so our management team can take all necessary steps to act on it.