Genshin Impact is an open-world adventure game produced and released by MiHoYo. The game takes place in a fantasy world called "Teyvat" where the seven elements flow and converge. You are gonna save the relatives who have been captured with your teammates. Here is something you need to know before starting the game. 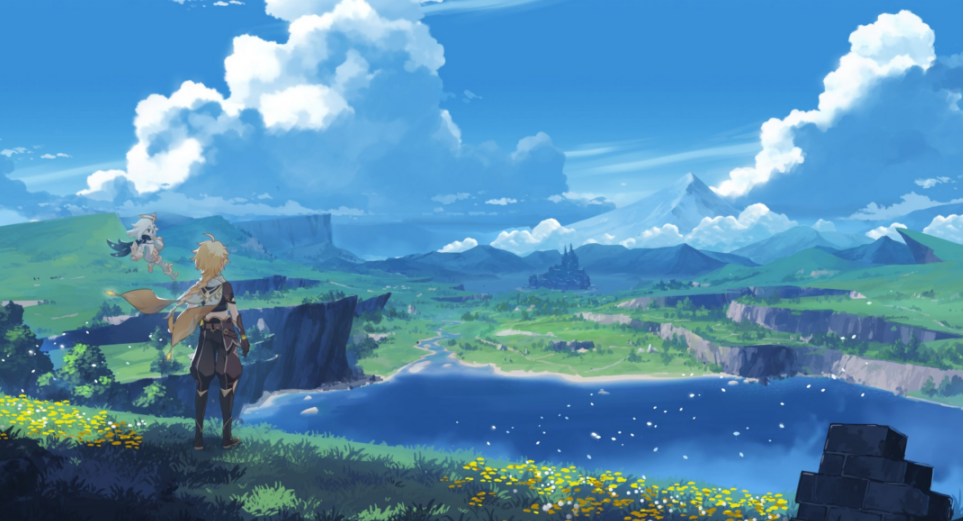 For now, Genshin Impact can be played on PC, PS4, IOS and Android devices. And it supports three-platform collaborative cross-play, but only PC and IOS share the cross-save function.

One of the main features of this game is a team of four characters, and quickly swap between them to perform element combination attacks or use their unique strengths in combats.

Each character will have a basic attack, a charge up attack, an elemental skill and an elemental burst. They can also use swords, 2-handed claymore, bows or magic catalysts. There are already more than 20 characters in the game, and you will find many different combinations of weapons and elements. If you want to make your team more perfect, you need to carefully choose the character you want to use.

Summoning more rare characters requires the power of Wishes. This will cost you a special currency that is difficult to find. If you dont have much time to find currency, you can choose to go to MMOWTS to purchase Genshin Impact Accounts, which contains a lot of currency you need, which will save you a lot of time.

Once you reach the town of Monstandt, you will get a glider! It allows you to safely land from a high place, or perform falling elemental attacks on enemies.

The early combats are relatively simple, but you have to prepare for future combats with stronger bosses - this is the place where the characters swapping and the elemental combos, which is crucial. Some of your enemies may be resistant to some types of elements. At this time, you need to switch to a different character to attack the enemies. What is impressive is that using multiple elements to continuously attack the enemies will produce some unexpected results. For example, using the freezing Cryo and windy Anemo skills will summon a blizzard effect and completely break the enemy's defense. Awesome!

The early stage of the game will be somewhat boring, because your character does not have the ability to meet greater challenges, so if you want to quickly equip your character to start a more wonderful adventure, I suggest you go to MMOWTS to buy cheap Genshin Impact Accounts. It contains a lot of currency you need. Because it is an account transaction, some players may be worried that there is a certain risk, but MMOWTS can guarantee the safety of each account, and all the items in the account are handmade by real people and are 100% legal.

Tags:
Next : Genshin Impact: Tips For Finding Anemoculus
Previous : WOW Classic Guide: Which Are The Best Tanks
Recommended Article
How to run an ESO account for beginners?
Blizzard Polls Classic Players Decide how Burning Crusade Returns
Fallout 76 Wastelanders Update With NPC Was Delayed Until 2020
You Can Reserve Your Character Name Of Wow Classic From August 12
World Of Warcraft Classic Beginner Guidance
WoW Shadowlands expansion: Level cap will return to 60