Diona is the new 4-star hero in the 1.1 update. She is a cute bartender who works in Cat's Tail tavern. She can freeze enemies with her Cryo abilities. In addition, the Drunk Mist she generates can cause AOE damage to the enemies and at the same time, can heal teammates. So she can also play the role of the Healer in the team. 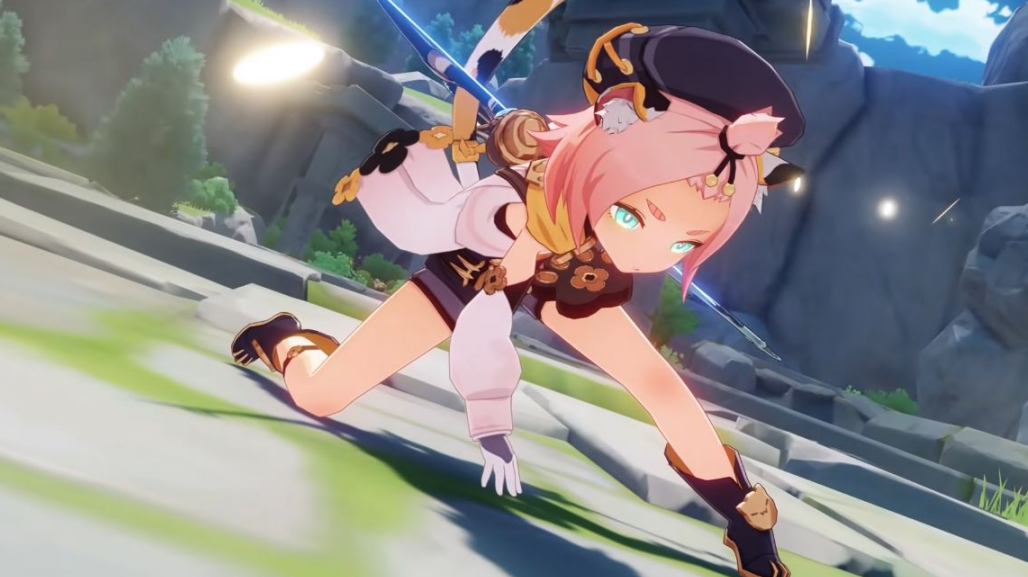 How to get Diona?

Her ranged attacks can cause high damage to multiple enemies, coupled with her excellent healing and shielding abilities, which make her very popular in Genshin Impact.

If you want to increase her damage and healing rates, you have to focus on improving her Elemental stats.

Of course, the stats of ATK and DMG can also enhance her strength well.

The Noblesse Oblige set is the best for her, which can enhance her Elemental Burst damage by 20%. When she equips with 4 pieces, the ATK stats of all teammates will increase by 20%. This also means that Diona's Elemental Burst will not only cause AOE damage to the enemies, but also heal teammates, and even increase teammates' ATK stats. This is a win-win-win!

Scholar Artifacts are also good, because they focus on Elemental Recharge. If Diona equips with four pieces, she will get an Energy bonus.

Like Fischl and Venti, she is also an archer. The best weapon for her is Stringless, which can increase Elemental Skill and Elemental Burst damage by up to 48%. At this time, Diona's Elemental Burst can cause the greatest AOE damage, while the effect of healing teammates can also be maximized.

Sacrificial Bow is also good, it provides an opportunity to remove the cooldown. Both of these are 4-star weapons!

So if your team is missing the role of healer, you can consider Diona, she can not only heal teammates well, but also cause high damage to the enemies, which is the best of both worlds.

So, if you have obtained Diona, you should also feel lucky for yourself!

If you need five-star characters, you can come to MMOWTS. Because of the 1.1 update, MMOWTS has also launched more Genshin Impact Accounts with 2 five-star heroes or multiple heroes. We will try our best to collect the most popular characters!

And all Genshin Impact Accounts for sale on MMOWTS are relatively cheap. Unlike other suppliers, they always increase prices at will. We try to keep the prices within an acceptable range!