Quick guides on Shamans in Wrath of the Lich King Classic

Hey guys, the WOTLK Classic is about coming, so today let's have a quick guide on a well reputation class, Shaman.

The most wanted class of a raid in TBC is by far is Shaman. One of the biggest reason is the party-wide Bloodlust can be the best ability in the entire game. Even though you might think the reason is Shaman is probably the most played as well, I want to say yes...but no, you can find there is always a shaman missing, because nobody liked to play them due to simple rotation and totems with low output, so Restoration Shamans were peace in the last phases. 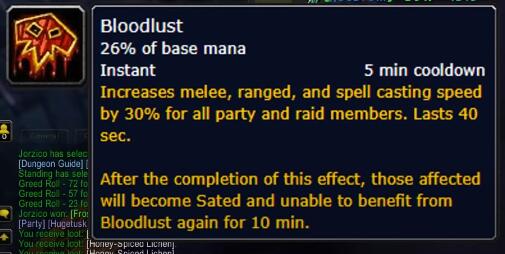 However in WOTLK, with changes implemented for shamans, their bloodlust is raid wide, along with raid totems which means you need 1 or 2 shaman's maximum for raid. Restoration shamans are not bad, but due to no more downranking in WOTLK, they are quite mana unsustainable at lower gear, It's something that I found obnoxious from time to time. But later on, the Restoration shamans were incredible nicely optimized in gears in the future, if you want to choose one or the one out of two shamans in your raid is definitely Restoration shaman.

About the Enhancement Shaman, if you liked it in TBC you surely will like it still in WOTLK. As it's awesome from the start, and they also good towards the end game though. His rotation is so interesting as long as without sometimes annoying totem twisting and the way to a good Enhancement is managing your cooldowns and shocks well.

Elemental shaman remains as mid-tire dps at the beginning of expansion, so you might think that they are great that's true to some extent, because they don't rely as much on gears like some other classes. At the end of the expansion they are going to be decent but nowhere near the top of damage meters. Elemental shamans gives the raid is not unique, since beside totems any other utilities are either same as some other classes or even worse than those.

Leveling is best done as enhancement, due to awesome burst potential with rather short cooldown. I think lot of players will play shaman no more than less shamans at the moment. The true mains the general feeling of playing a shaman is subjective, if you like the play style, don't let any other player even try to convince you.
There are much more information and update details about WOTLK Classic in MMOWTS.com, if you want to buy Cheap WOTLK Classic Gold, our web is also your best choice.