Players who have reached max level at modern WoW will be reduced to level 50 and will be upgraded to level 60 as they gradually experience new extensions.

Blizzard revealed a lot of new information about well-known IP on BlizzCon 2019, such as the latest expansion of World of Warcraft: Shadowlands. For the players, the good news is that in the new expansion, the level cap will be compressed, they can more easily rise to max level and experience the end-game content of the game. For players who have reached the max level, Blizzard's measure is to compress its level to 50, and provide enough experience in the new content to level up to 60.

In the Shadowlands, when players enter the game with a new level 1 character, they will be born in a brand new area. There will be a variety of NPCs in the area that will guide you, and will also provide you with a wealth of tasks to help you understand the basics and core systems of World of Warcraft. When you reach level 10, you can travel to the new area and officially begin your adventure. In the process, you need to work hard to raise your character to level 50. Once the mission is complete, you can head to the development of the core area - Shadowlands and experience the most interesting content in the game. 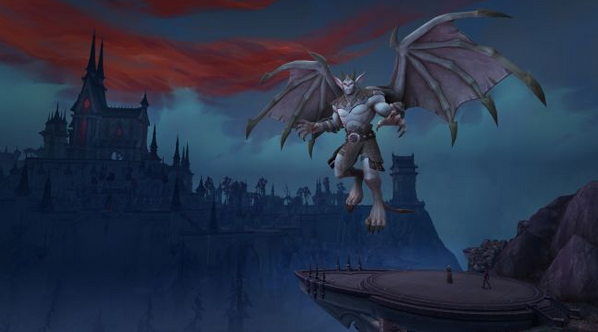 World of Warcraft was first released in 2004. The game has undergone several updates and expansions in more than a decade, and each time a new development is released, the level cap of the character is upgraded. In the expansion of Azeroth, the player's level cap was raised to 120, and many players expressed dissatisfaction with this. A higher level cap means you have to spend more time upgrading your character level to experience the most interesting end-game content such as team raid. To make matters worse, Blizzard did not provide enough high-level skills and leveling rewards for players, which made the upgrade fun a lot less.

If you're not familiar with WoW, a level squish simply means changing the way a player's power scales as they earn experience and gain new levels. With the reduced level cap, it will now be easier to reach endgame content like raiding and players won't have to spend as much time questing in older zones. It'll also help Blizzard balance and adjust character stats a little better.