WOW WOTLK Classic: Pre-Patch will be live on August 30th

If you are a loyal fan of WOW WOTLK, WOTLK Classic must be what you are most looking forward to this year. From the beta version so far, we can see Blizzard's efforts to continuously improve the game.

Excitingly, Blizzard announced that the Pre-Patch of WOTLK Classic will be officially released on August 30th. At that point, players can create their long-awaited Death Knight Hero class and new Inscription Profession. When it's worth mentioning, TBC players will get the Joyous Journeys buff with a 50% experience gain in anticipation of the release of the WOTLK Classic. 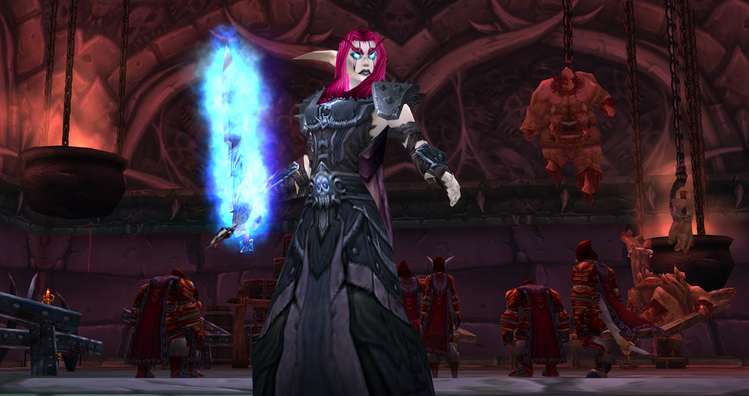 Not only that, but Blizzard has also released the next roadmap, and we will start a new arena season and more exciting content after the official release of WOW WOTLK.

Zombie Plague Event: A mysterious affliction begins to make its way through the capital cities. Players must be vigilant to avoid falling victim to its deadly effects.

Scourge Invasion Event: In several locations throughout Azeroth, players must coordinate a defensive stand against the attacking Necropolis and defeat Scourge forces to gain powerful rewards.

Brewfest Begins: Do you love eating delicious fair food, drinking bountiful beverages, and riding rams around barrels of apples? Partake in activities and timed events to earn Brewfest souvenirs and achievements during this brewtiful holiday event.

Arena Season 5 Begins: Season 5 will begin with the weekly reset.

Naxxramas, The Eye of Eternity, and The Obsidian Sanctum are Available at 3:00 p.m. PDT.

1. Naxxramas, the giant Necropolis and the seat of the dreaded lich Kel’Thuzad, floats over Wintergarde Keep in Dragonblight, eager to aid the Lich King and his deadly machinations.2. Located in the center of Coldarra, the Eye of Eternity will challenge players to defeat the blue dragon aspect, Malygos.

3. Dragonblight is home to the Obsidian Sanctum where players must venture below Wyrmrest Temple to bring an end to Sartharion and his lieutenants, Shadron, Tenebron and Vesperon.

Overall, our wait is worth it, and in the coming time, players can prepare for good results and rewards in the competitive mechanics. If you want to have a smoother gaming experience, you can buy WOTLK Classic Gold directly on MMOWTS, and we will bring you thoughtful service.

Next: Yae Miko - The Most Recommended Character in Genshin Impact 3.0
Previous: Diablo Immortal: The mini update will bring four Limited-Time Events
Recommended Article
Elder Scrolls Online Update 37 PTS Patch Notes Highlights What are The Seven Best Ring Anointments in POE How do I earn runes in the Elden Ring? Elden Ring Game Clearance Difficulty Ranking How to Level From 50 to 60 In Wow Classic? basic guide How To Sprint In Elden Ring
Connecting to online customer service,please wait