Five days ago, Grinding Gear Games released the latest expansions, POE 3.9 the Conquerors of the Atlas along with its private league challenges, this is the biggest update of POE in 2019, and the entire release process is very smooth.

Even so, GGG has already deployed a series of patches to resolve the technical issues that may occur in POE 3.9, and is continuously gathering up the players' feedback to make improvements.

Soon, GGG released patch noted based on the feedback to fix minor issues in POE 3.9 the Conquerors of the Atlas. 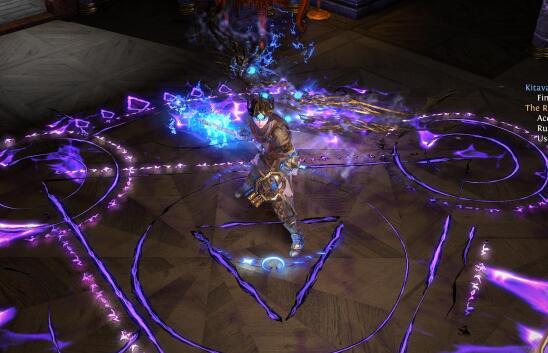 There are issues to have been fixed in POE 3.9, which includes:

Players with AMD GPUs sometimes crashing when encountering Tane Octavius.
Crash with Pestilent Strike being used on a Metamorph.
Crash when throwing dynamite in the Azurite Mine for Windows 7 users.
The Watchstone Altar can cause loot to be trapped inside of it.
Placing a Metamorph Sample in the Anoint Items UI causes a client crash.
Besides, there are some extra issues that will be resolved in the coming days.
Citadels sometimes can't spawn on the Atlas.
Issues with migrating characters from SSF.
Issues upon converting Legacy maps into new versions in the Map Stash Tab

In each expansion of POE, GGG released different patch notes for a better gaming experience, so now the patch of POE 3.9 is not all, and more adjustments will gradually improve it.

As the fourth and final expansion of POE this year, GGG has invested too much expectation in the release to make a perfect ending for 3.X season, so it added a private Metamorph league with a separate storyline to expand the game's content for the first time. And once the parent league is over, Metamorph will not be available.

Now, POE 3.9 and Metamorph are available on all three consoles, PC, Xbox One and PS4, and it is the perfect time to level up early in the game, come and play.

In addition to POE 3.9 itself, the fans are also concerned about POE Currency, especially the rare ones such as Exalted Orbs. In the previous expansion Blight, the players' demand for Exalted Orbs is growing, so you'd better make good preparation of POE 3.9.

MMOWTS can make your in-game economy better, providing cheap POE Currency anytime, anywhere, you won't buy anything more expensive than other stores on the site, along with free 5-10 minutes delivery service, anyway this is definitely a pretty good choice for shopping.