Last week, we introduced the next update of WOW, Patch 8.3, which is also known as Vision of N'Zoth. The update is set to release on January 14, 2020, that is, before that, you still have some time to make good preparation.

Characters are at the core of all battles, so today's topic is mainly about how to create an alt character for Patch 8.3. 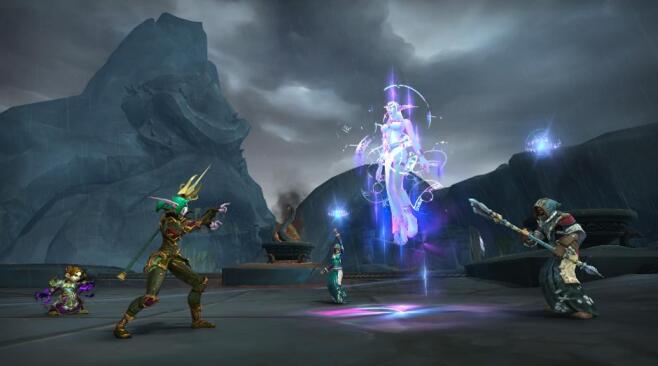 Upgrade the characters
First of all, you'd better level up the characters to 120 as quickly as possible, and the commonly used methods are to pre-order the Heroic edition or better of the Shadowlands expansion, which could give you a level 120 character boost, 390 item level gear and a decent Heart of Azeroth neck level.

If you are still leveling up your characters, there are several events for you to pay attention to.

Until January 7, you could earn a passive experience boost for alts when the old-school Alterac Valley battleground comes to an end, and with the Celebration Package 15th anniversary, you'll get 1.5-2 levels per battle for alts.

Unlock races and zones
It provides a lot of opportunities to unlock different races in World of Warcraft, such as Nazjatar and Mechagon through completing a series of challenges and quests until opening up new zones.

When the Magni quests are available, you can improve your Heart of Azeroth to level 35, even higher. While the Mechagon zone with the quests that become available to you midway through the Nazjatar sequence, you could get the Pocket-Sized Computation Device until finish the necessary quests.

Level up items
Good items are the key to determining the outcome, while the rapid way to build up the gear or items is via Benthic armor in Nazjatar to earn pearls, which could upgrade any piece of gear you want.
It's worth crafting and upgrading gear for your alt character, and it could also earn XP and improve the skills when completing task, instead of waiting for another crafter make the armor.
Surely, these are just some basic strategies for alt characters in WOW, and further information will be shared in later content.
For details on the release of WOW Patch 8.3, please check out the previous article: World Of Warcraft's Next Update Vision Of N'Zoth Revealed: Release Date, Raid Schedule, Season 4.

Currently, MMOWTS is selling the popular WOW Gold and WOW Classic Gold, now everyone can also enjoy special offers for them, come and get what you want, don't miss it out.