Last August, World of Warcraft Classic was released and divided into 6 phases to reveal its full content at different times. In addition, not many events have been added, this time, World of Warcraft Esports presents the Summer Bowl for it, a three-weekend 10v10 Warsong Gulch tournament that provides players in North American and Europe with an opportunity to receive a reward of $4,000.

Starting from June 18, the signups of players with level-60 characters are open in Europe, including a team of 10 players, and June 25 for North America. Both Europe and North America, the tournament is split into two stages, qualifiers and finals. 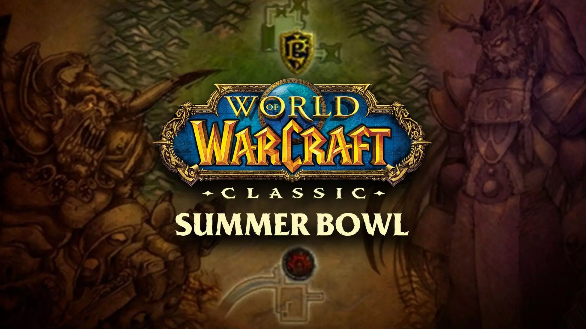 Currently, the first Summer Bowl is only running in two regions, Europe and North America, and fans may see more and more events coming in the future in other regions with the development of World of Warcraft Classic.

The winners for the top six teams in North America and Europe could receive a total of $4,000 on offer in separate prizing for each region, along with the bragging rights of winning WoW Classic Summer Bowl.

It is easy to meet the requirements of the tournament, a level-60 character and a team with 10 people, and then, everyone is allowed to sign up the qualifiers.

The Classic is still a game worth playing, it simplifies the level cap of WOW and shortens the game time, which makes more fans like to play it.

WOW Classic Gold is an important element to enhance the characters, if you can't find more good opportunities to farm in the game, the best solution is to buy, but it is also crucial to choose a reliable store.

You are recommended to choose a quite safe store MMOWTS.com, many loyal players of WOW Classic have bought from here and get high-quality goods. More importantly, it will provide special offers to attract more players. Now, when shopping here, everyone can get 8% extra WOW Classic Gold to create a better gaming experience. As a result, this is a good place for you to get more gold.