We already know that Blizzard is expected to release the eighth expansion Shadowlands of World of Warcraft in 2020 to replace the existing one, Battle for Azeroth. Since it was announced at BlizzCon 2019, there have been many official and unofficial news, if you still don't know how to distinguish them, here is a complete information list, letting you know something what you are waiting for before the release of Shadowlands. 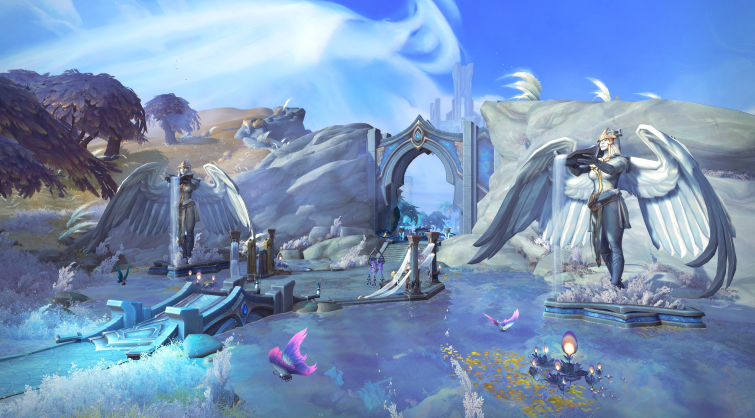 The first one is its release date. Although Blizzard has not announced a specific date, this is certain that Shadowlands is set to be released in Q4 2020, which is the end of 2020 and before the New Year in 2021. The purpose of Blizzard is to give fans more time to play World of Warcraft on holidays.

And the next one is the storyline of Shadowlands, which is set to take place right after the epic Battle for Azeroth, when Sylvanas will shatter the Lich King's fabled Helm of Domination and destroy the barrier between Azeroth and Shadowlands.

That is, players will encounter challenges following with Battle for Azeroth to stop the evil machinations of the undead Banshee queen before she can unleash the full power of the game's afterlife on the living. During the process, the adventure is full of Jailer, Maw and more opponents. All of which will happen in new zones or dungeons, like Bastion, Maldraxxus, and Ardenweald.

It is obvious that Shadowlands will be a huge update, accompanied by indescribable game content, but you are not without any reward to engage in these challenges, it will definitely provide many valuable World of Warcraft items to reward all players.

Also, with WOW Gold, you can successfully complete the challenges in Shadowlands, if you need it, here is a quick access page to place an order of WOW Gold, and we will do our best to serve you.

MMOWTS .com is trusted by thousands of consumers, it is committed to providing various types of virtual currency and peripheral services related to WOW, and its staff is professional enough, which not only ensure the security of currency, but also complete the delivery in the shortest time to create a better gaming experience for you.