At BlizzCon 2019, Blizzard announced the eighth expansion of World of Warcraft, Shadowlands and made it available for pre-order, at the same time, Blizzard also introduced one of the distinctive features of Shadowlands, Torghast inspired by roguelikes, Tower of the Damned, which may change the MMO.

Players are allowed to play Torghast during the Shadowlands Alpha, where players will encounter multiple difficulties from the first floor and have a relatively easy time making it to the goal. As players climb the tower, they will receive a progressively harder challenge. That is, Torghast has fixed levels with procedurally generated enemy spawns, like a boss fight on every sixth floor, also the first floor is simple, and eventually evolving into elaborate wings with traps, locked doors, puzzles and more difficulties. In order to get through Torghast, you need to combine skill, strength and strategies. 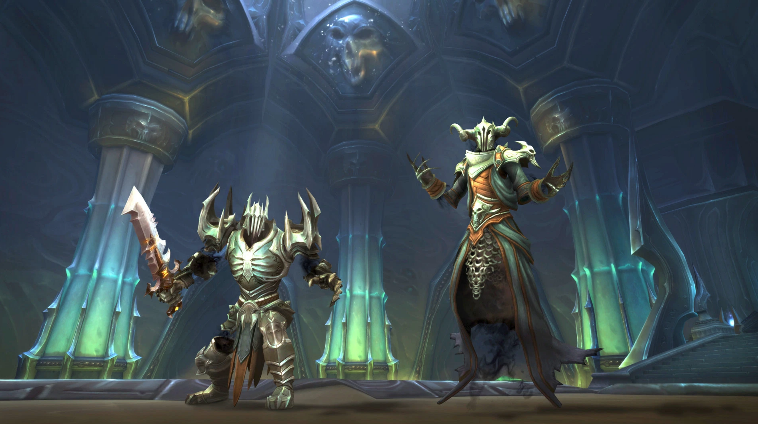 You can build a group of up to five players to enter Torghast and participate in the Boss battle, they would give help while you are in trouble, and it is also allowed to fight alone, but the process would be very slow, you'd better stay away from these bosses to block damage.

It should be noted that the difficulty of the dungeon will be adjusted according to the group, that is to say, the challenges you encounter when fighting alone are much easier than the group battle.

After defeating the boss each floor, players can also get random rewards called Anima Powers, which could increase a certain stat or a new spell for the characters. With them, players can temporarily protect their characters from long-range attacks, reduce the boss damage and restore health quickly.

You really need the extra power to effectively complete the difficulties, just like WOW Items in the game, which can give the characters a boost.

It is very common in World of Warcraft to get these items with WOW Gold, and trade to maintain the economic balance in the game.

Anyway, this is one of the elements to make your game easier, and you are recommended to trade gold in a store, a top-rated marketplace, MMOWTS.com. Shopping here, every order will be treated well until it is successfully completed, why not choose such a reliable shop to trade if necessary?

Tags:
Next : Classic Dueler's League: Face The Strongest Duelist In Azeroth From May 4
Previous : World Of Warcraft Shadowlands Might Add The Controller Support
Recommended Article
How to run an ESO account for beginners?
Blizzard Polls Classic Players Decide how Burning Crusade Returns
Fallout 76 Wastelanders Update With NPC Was Delayed Until 2020
You Can Reserve Your Character Name Of Wow Classic From August 12
World Of Warcraft Classic Beginner Guidance
WoW Shadowlands expansion: Level cap will return to 60