Barbarian is a playable class in Diablo Immortal. He can deal with damage in a large area and bring effective support to the team. Although the melee advantage is obvious, the Barbarian also has a weak defense, which seems to be a common problem for a high-damage character.

Therefore, for players who choose Barbarian as the leveling profession, improving damage and defense is the preferred build direction. Therefore, for the selection of Legendary Gems, we will recommend them based on budget and effect: 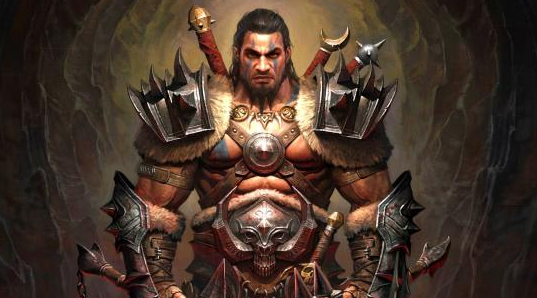 As Legendary Gems that can be dropped and crafted, players can get boosts for a fraction of the cost. Since Barbarian is very good at inflicting damage and debuffs to enemies in quick succession, using both Chained Death and Everlasting Torment will give a more substantial increase in damage.

Secondly, Trickshot Gem can also be used to slow down skill consumption and bring survivability improvements to solve the dilemma of defense weaknesses.

Whirlwind is Barbarian's signature skill, which can bring a considerable attack boost through the synergy of Lightning Core; in addition, Fervent Fang is also a Legendary Gem that works well with Whirlwind, which is very suitable for use in Endgame.

But it's worth noting that Fervent Fang cannot be obtained through the Apprentice Jeweler crafting, it is only available from the Battle Pass and Crested Elder Rift.

It is undeniable that the S-rank 5- Stars Legendary Gems Seeping Bile must be the Barbarian's first choice, it can reduce the enemy's movement speed by 6% and make Whirlwind continue to deal high damage for a short time, and it will bring There is a 4% chance to poison the enemy, and the affected enemy will take 65%+263 damage for 6 seconds.

Blood-Soaked Jade increases all damage by 8% and increases movement speed by 10%. This is a very practical improvement for most occupations.

5- Stars Legendary Gems are known to be very rare and players can only buy them by using Legendary or Rare Crests to complete Elder Rifts or using Diablo Immortal Platinum at the Auction House.

MMOWTS will continue to bring you news, and guides of Diablo Immortal, so stay tuned.