Blood Death Knight's are a fantastic tanking spec option in World of Warcraft since their debut and that isn't changing in the era of Dragonflight. Players can rely on Blood Death Knights to take on tanking responsibilities in Mythic+ and Raids, assuming that the player piloting the DK has done their talents, rotation, and stat homework ahead of time.

Tanking can be a stressful job, but the upside is that finding a group is rarely a problem for those can fill the role well. Before diving into the world of tanking in WoW Dragonflight players need to understand their own spec stat priorities in order to boost their threat, survivability, and DPS. Blood Death Knights are a great option for tanking in Dragonflight, as long as the players have their stat priorities in order. 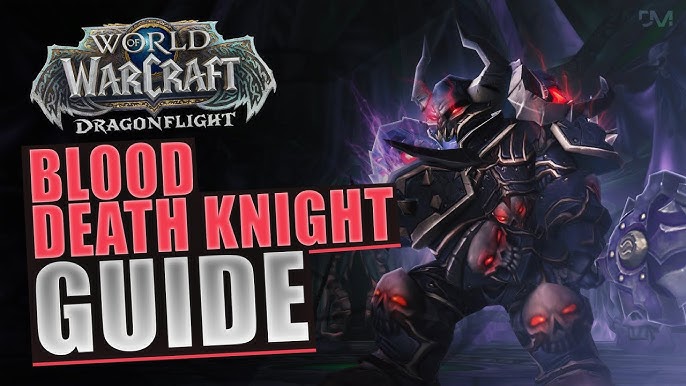 As always, exact stat priority does shift around a bit depending on each situation and strategy while playing this top tier tanking spec. There's a general stat priority order that should be pretty safe though, so players will want to follow these guidelines as they reach the endgame and start making tough decisions around gear and stats for their Blood Death Knight. Blood Death Knight (DK) Stat Priority: Strength, Armor, Haste, Critical Strike, Mastery, Versatility.

Blood Death Knight (DK) Stats Explained
Strength
Strength is the primary stat for Blood Death Knights. It's going to have great synergy with Bone Shield and damage and parry chance. Stack as much of this as possible.

Armor
As a tank, Armor is going to be very important. The Armor primary stat increases physical mitigation. At this point, there is no cap to worry about for Armor.

Haste
Haste is the most important secondary stat for Blood DKs. Stacking Haste will increase Attack Speed and Rune regeneration.

Mastery
Mastery is another stat that has some crucial synergies with essential DK tanking abilities and talents. Blood Shield, Death Strike, and Mastery: Blood Shield all benefit from stacked Mastery.

Versatility
As usual, Versatility boosts all damage and healing done and decreases all incoming damage. This is a pretty low priority stat for Blood Death Knights.

Ideal Stat Caps
For now Blood Death Knights do not need to worry about stat caps in Dragonflight content. At some point in the future Dragonflight meta game it's possible that might change.

That should be everything that Blood Death Knights need to know as they figure out their stat priorities and begin dominating the WoW Dragonflight endgame content. Be sure to check back for more WoW Dragonflight news, updates, Cheap WOW 10.0 Dragonflight Gold and strategy guides in the near future.

Next: Outstanding DPS Specs You Can Not Miss in World of Warcraft: Dragonflight
Previous: Release Time of World of Warcraft's Dragonflight Expansion is Confirmed Currently
Recommended Article
Elder Scrolls Online Update 37 PTS Patch Notes Highlights What are The Seven Best Ring Anointments in POE How do I earn runes in the Elden Ring? Elden Ring Game Clearance Difficulty Ranking How to Level From 50 to 60 In Wow Classic? basic guide How To Sprint In Elden Ring
Connecting to online customer service,please wait