Animal Crossing New Horizons: So Far, What We Know About the Fall Update

At present, we only know that September has brought new critters to catch and resources to collect, we don't know the other content, we can only wait. But we got two pieces of summer DLC. It is unclear whether the content of the upcoming autumn edition will be split, but it is very likely.

In the pre-release Animal Crossing Direct, Nintendo announced a seasonal update, featuring Jack and Franklin, pointing out that their respective holidays are about to enter New Horizons. Jack is the arbiter of Halloween, and Franklin is at the helm of Animal Crossing's Thanksgiving equivalent, the Harvest Festival. Due to the way summer content is released, Nintendo is likely to adopt the same approach in the fall update. We can see that the October update featuring Jack and the November update adds Franklin.

It is difficult to know what content Nintendo will include in the game, but the past Animal Crossing games have given us some inspiration. Historically, Jack brought candy, villager mini-games and Creepy furniture set, so It's likely we'll see these staples head to New Horizons. For Franklin, his events revolve around cooking a vibrant feast-which is limited by previous game mechanics. With the crafting system in New Horizons, it is likely that we will see this event double-down on.

Back To Bunny Day And Ahead To Fall

We can also look back at New Horizons' biggest celebration so far, Bunny Day. Bunny Day, like a passive event of the game, includes Pascal's scallop obsession, emphasizing the collection of exclusive resources to use in new crafting recipes. It is almost inevitable that the autumn update will continue this trend. In New Leaf, Jack will provide player items with some Creepy furniture set in exchange for candy, but in New Horizons, he may give the player crafting recipes instead. After all, this seems to be the trend of New Horizons series furniture sets, such as Pascal's Mermaid set.

Most of the discussion about the fall update is still based on speculation, but we will learn more soon. MMOWTS will continue to pay attention to the new content of Animal Crossing, and we will inform you of the latest news.

And MMOWTS also provides cheap ACNH Bells, ACNH Theme Packs, if you are interested, you can browse it, and now all items are discounted, I hope you don't miss it. 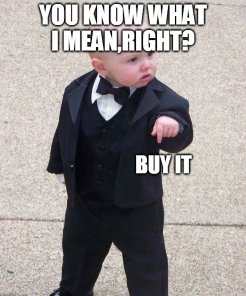 Next: World Of Warcraft Shadowlands Expansion: What To Expect From It?
Previous: Animal Crossing New Horizons: How To Get Acorn&amp;Pine Cone DIYs