ACNH: How To Catch A Soft-Shelled Turtle And Snapping Turtle

In the Animal Crossing New Horizons Critterpedia, there are two entries for turtles - the Soft-shelled Turtle and the Snapping Turtle. To complete the fish exhibit in the Museum, you must catch one of each turtle breed and donate it to Blathers.

In Critterpedia, catching a Snapping or Soft-shelled turtle will also fill in its entry, making you two steps closer to unlocking the Golden Fishing Rod DIY recipe.

Where and when to catch a Soft-shelled Turtle?

Soft-shelled Turtle times - 4pm to 9am

Where and when to catch a Snapping Turtle?

Snapping Turtle times - 9pm to 4am

How to catch a Soft-shelled Turtle and Snapping Turtle?

In ACNH, you can find two types of turtles swimming in the rivers of your island - the Soft-shelled Turtle and the Snapping Turtle. Although only being available in August to September, the Soft-shelled Turtle is usually easier to catch as it appears from 4pm to 9am, while Snapping Turtle can only be found at night, starting at 9pm to 4am. Since these times overlap, you can easily search any river for both turtles at the same time in either August or September.

Both turtles have medium-sized shadows in the water, so it is best to ignore or scare away the small fish you encounter. River fish are easier to scare away than sea fish, so you can easily patrol any river on the island.

If you have a favorite river fishing spot, then you can make a batch of fish bait and try to bring the turtle to you. If you don't have a good river fishing spot, you can transform the island. We recommend creating a curved river section, which will allow you to access at least two different angles. This way you can easily throw the bait into the water and also keep an eye out for naturally occurring fish. Just remember to connect your new river section to the mouth of the river, otherwise, you risk it becoming a pond, which will change the fish available to you, removing both turtles.

If you always want to catch both turtles, you can try the above methods. If you find this guide useful, don't forget to bookmark the news page on MMOWTS.

If you need ACNH Bells, MMOWTS is also available. And the price of ACNH Bells on MMOWTS is lower than the market price, coupled with the 60% discount now, it is even lower. I bet it is lower than any website. Are you sure you want to miss such cheap ACNH Bells? 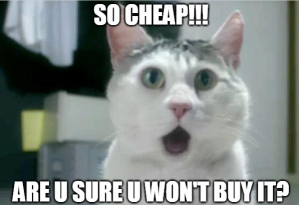